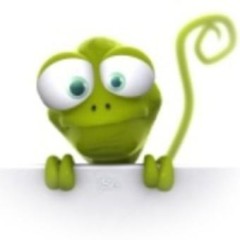 Hi there! I'm a software engineer living in Melbourne, Australia.

In this project, we will build a Fun Application - We will use the Face Embeddings to find a doppelganger or look-alike to a given person. Specifically, we will give you images of two persons and a celebrity dataset. Your task will be to find their celebrity look-alike.

As part of the course material, some of the traditional face recognition caught my eye. Specifically the Eigen Faces video from LearnOpenCV.

I considered using Fisherfaces first but quickly realised that the approach of all of the methods was to take a face and project into a high-dimensional space. Facial detection is performed by detecting the distance (Euclidean distance) between known faces to determine the closest match. To detect a doppelganger my thinking is that I will need to ignore or greatly increase the threshold to get looser matches.

With this in mind, I concluded that the best approach would be to use the most accurate model to generate a metric from an image. The obvious choice is the dlib pre-trained deep learning model.

As part of the course, a subset of the Celebrity Together was provided making the enrolment step a bit easier. There was one minor issue which I’ll go into detail about later.

With a model able to turn any image into 128-dimensional vector we can build up a list of labelled vectors from the pre labelled Celebrity Together images.

The image above shows the process we must go through for each image to convert them from a jpeg to a face descriptor using dlib. I have used a 2d plot of 2 colours to indicate 2 different celebrities. In theory, as we process each image, photos of the same celebrity should be “closer” together.

The process we use for each image:

Both opening of the file and converting the colour are simple functions within OpenCV so not a lot to add here other than maybe I should have added a check that the file opened successfully.

In this step, I hit a bit of a bump in the road. I made the wrong assumption that all of the images were clean and contained exactly one and only one face. The faceDetector = dlib.get_frontal_face_detector() returns an array but originally I simply assumed that I could use faces[0] and I’d be good.

Didn’t take long for my code to blow up and realise that there are cases where the number of faces detected was not equal to 1 so I updated my code to:

After adding this I found a number of cases in the dataset provided were wasn’t a single face. eg.

In the first image, the face is obscured with a hand.

In the second image, I realised that the data set came from “Celebrity Together” suggesting that there could be more than one person in an image.

I considered diving in more to extract the correct face as per the label or even using the full dataset from its source but concluded that the mission here was to find a doppelganger and made the call that I’d exclude these images.

To make it easier for us later to calculate distances, we need to convert the 128-dimensional vector into a NumPy array using the code below.

The final stage is to add the image as a row in the faceDescriptors matrix.

And to store the label and other useful details for that vector/image for retrieval later.

I added the following lines after enrolling all of the images so that I had a snapshot of the faceDescriptors and index allowing me to walk away and come back later without having to run an enrolment first.

And to read it back into variables

Finding a doppelganger is almost the exact same process as enrolment. Steps 1 - 4 are identical.

Now we’ve calculated the descriptor for the face in the image whom we’d like to find their celebrity look alike we need to find the closest match in our celebrity faceDescriptors.

Using the index of the row we can now pull back the Celebrity name and the image that we determined as their look alike.

A THRESHOLD could be introduced to minimise bad matches. I decided instead to always return the closest enrolled celebrity which in the images I tried was adequate.

The mini dataset contained 1,166 celebrities however Celebrity Together boasts that it contains 2,622 which may give better matches for some individuals but I was happy enough with the results from the mini set.